EAEO will launch the Guideline on 14th November 2016.

The objectives of EAEO include;

The realization of a large regional economic bloc with a combined population of more than 145.5 million people, land area of 1.82 million square kilometers and a combined Gross Domestic Product of $147.5 billion (EAC Facts and Figures Report 2015), bears great strategic and geopolitical significance and prospects of a renewed and reinvigorated East African Community (EAC). 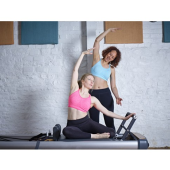 Warning: number_format() expects parameter 1 to be double, string given in /home/eastafrican/public_html/wp-content/themes/alone/framework/widgets/recent-donation.php on line 90
$0
Raised of $ Goal
100%

Cause in Arusha - Tanzania